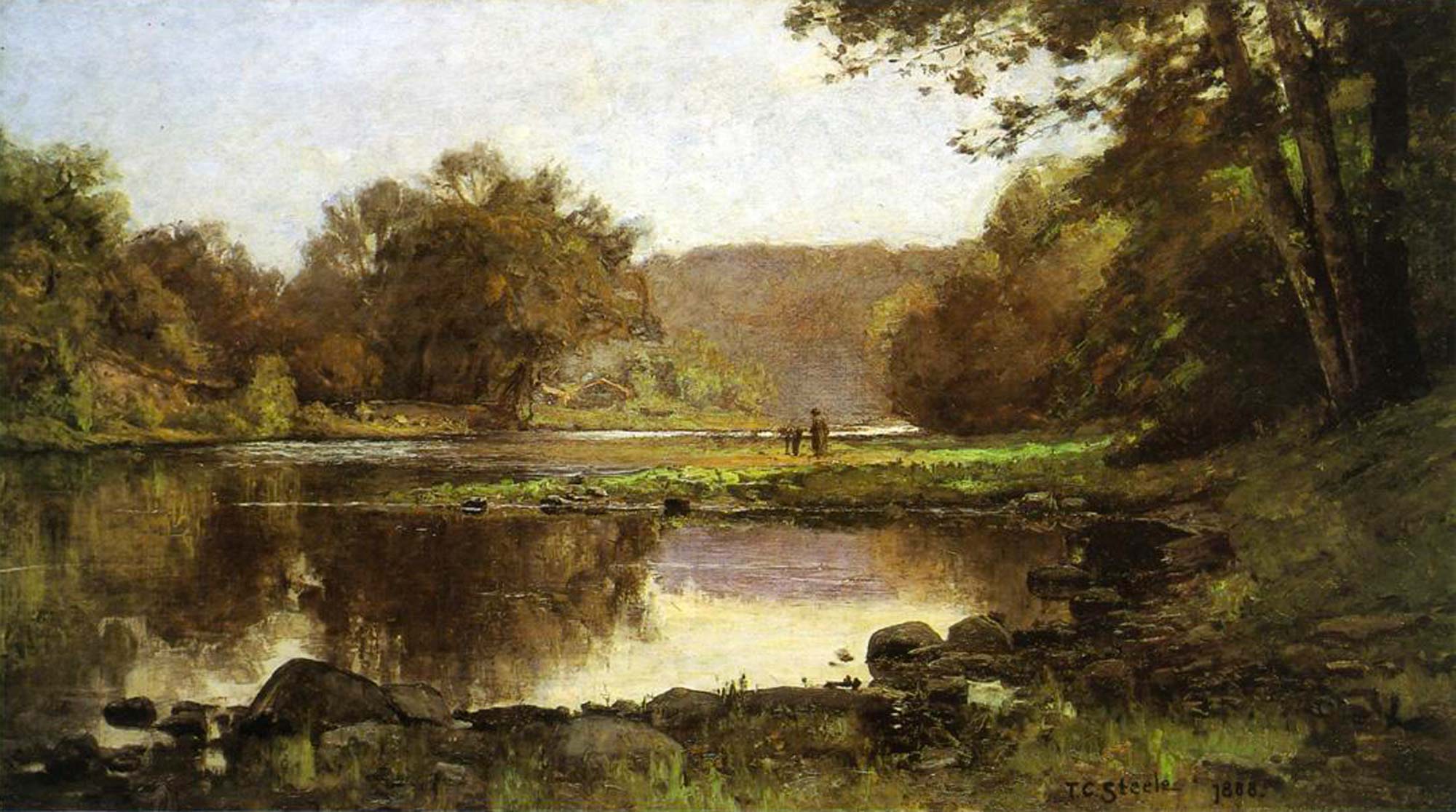 This painting interprets The Creek as Sugar Creek in southern Montgomery Country, Indiana. The Steele family camped in this area in the summer of 1888, which is only four miles from the town of Waveland, Indiana where T.C. Steele grew up. Steele’s boyhood home still exists and was listed on the National Register of Historic Places in 2003. The home is located at 110 S. Cross Street.

“The Shades” name was coined by Garland Dells Mineral Springs Association, which opened a forty-room inn and adjacent camping ground on this spot in 1887, and advertised the area as a  “refreshingly cool refuge beneath an extensive canopy of ancient trees bordering a timeless stream.”1

To this day Shades State Park, which is Indiana’s 15th state park, is popular for hiking, camping and canoeing on Sugar Creek. Steep sandstone cliffs in the park were formed when Indiana was covered by an ocean hundreds of millions of years ago and fossils can be found in the nearby by sandbars.

Also on the property, located at the east end of the park, is the 470 acre (190 ha) Pine Hills Nature Preserve with spectacular topography and length for seasoned hikers. Pine Hills was first dedicated as a National Natural Landmark in 1968, and became Indiana’s first dedicated nature preserve in 1969. It was the first project of the Nature Conservancy’s Indiana Chapter. Shades State Park is open all year.