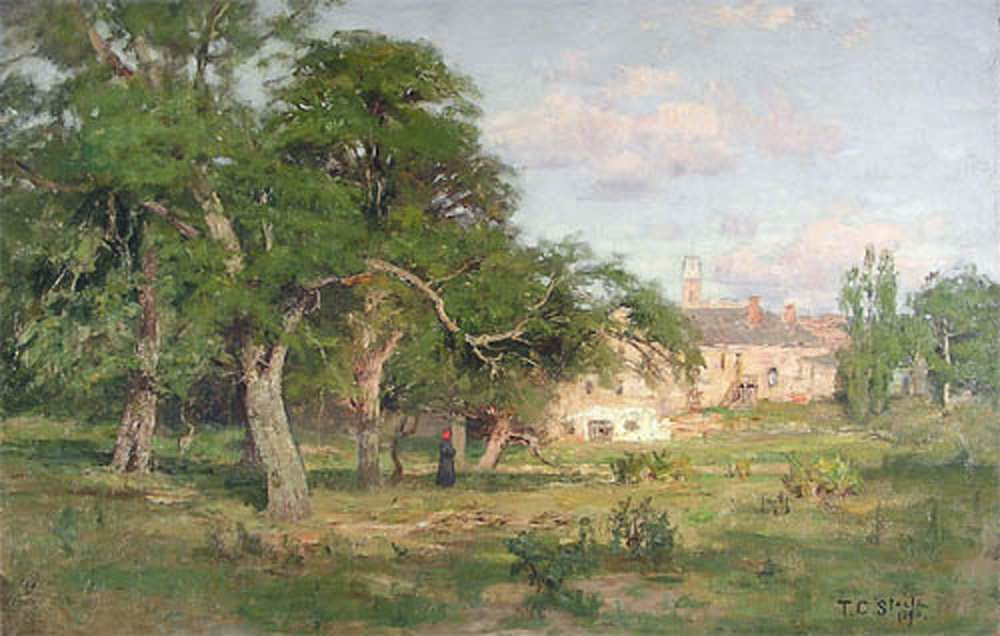 Chicago-based conservator Barry Bauman explains that he has worked on tens of thousands of paintings but has never had a surprise quite like this before. Bauman and Meredith McGovern, Arts & Culture Collections Manager at the Indiana State museum, tell about the amazing discovery of a previously unknown 1890 painting by T.C. Steele.

“The Indiana State Museum has discovered a painting by famous Hoosier artist T.C. Steele that, oddly, has been in its possession for more than 65 years, museum officials announced Wednesday. … After taking the canvas painting, titled “The Old Garden,” off its frame to be restretched, conservator Barry Bauman found, to his amazement, another painting directly beneath it.”

“It was like a King Tut discovery, for me,” he said. “I’ve been conserving paintings for 40 years, and it’s never happened to me. I’ve never heard of it happening to any other conservator. That’s how unique this is.”1