The Christ Child and the Infant St. John after Rubens

News / Portfolio Items / The Christ Child and the Infant St. John after Rubens 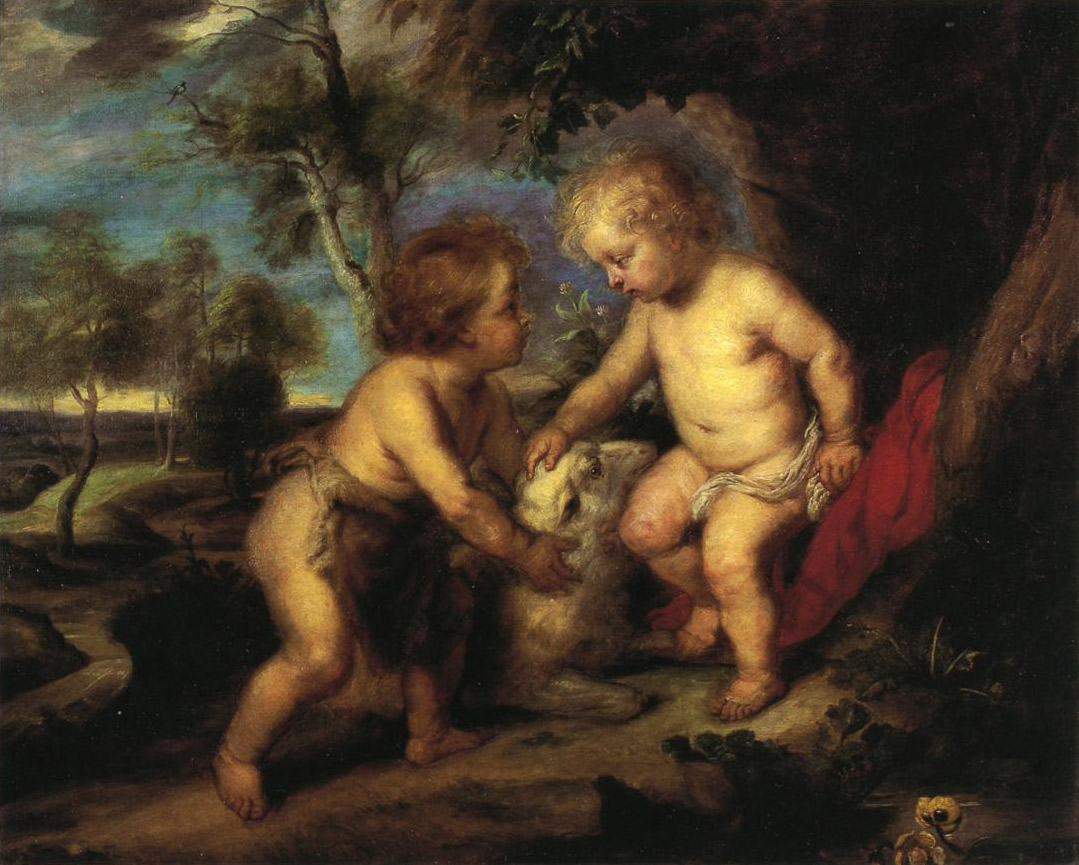 T.C. Steele painted The Christ Child and the Infant St. John after Rubens in 1883, while he was a student in Germany. While living abroad with his family and studying painting, Steele supplemented his income by visiting museums and painting copies of Old Masters on display (which is still a common practice today a good way for aspiring artists to learn technique). The paintings were sent back to Indianapolis and this one was among the collection.1

This painting is part of Indiana Landmarks’ collection.

Indiana Landmarks Center – the Indianapolis headquarters of Indiana Landmarks — shows that when a great historic building loses its original purpose, it need not be the end of the story. The Romanesque Revival-style building began life in 1891 as Central Avenue Methodist Church, with additions in 1900 and 1922. For decades it housed the largest Methodist congregation in the state.

Founder of Methodist Hospital and Wheeler Mission, the church’s congregation exerted a shaping influence on the city of Indianapolis and beyond. In the last half of the twentieth century, members of the congregation included Senator Richard Lugar, Congressman Lee Hamilton and the late Governor Frank O’Bannon and his wife Judy.

The post-World War II decline of Indianapolis’s inner-city neighborhoods also brought changes to most nineteenth-century churches. Congregations shrank with the exodus of the population to the suburbs, leaving congregations too small to support aging buildings. Landmark churches deteriorated under years of deferred maintenance. This happened at Central Avenue United Methodist Church, a local example of a nationwide trend.

In the 1950s, the Central Avenue church helped start St. Luke Methodist Church in a northern suburb. That forward-thinking, mission-driven act marked the beginning of a long decline for the inner-city church. When the remaining congregation of less than 30 merged with another Methodist church in 1999, the denomination gave the complex to the Old Centrum Foundation, a new nonprofit created to restore the church and operate it as a community center filled with small nonprofits.

Though it was a good steward and tried hard to maintain the building, Old Centrum could not adequately address dilapidation caused by long-deferred maintenance. The organization closed the building in March 2008. Old Centrum appealed to Indiana Landmarks to find a solution that would save the place. In April 2008, the rusty, leaking roof caused a 30-foot section of the domed sanctuary ceiling to fall, crashing down on pews. Some called the place a lost cause.

Rescued and repurposed as Indiana Landmarks Center, the complex reopened in 2011 after a $19 million renovation that turned the sanctuary into a theater, the Sunday school into Cook Theater, and the school and office wing into the Indiana Landmarks’ headquarters.

The three-building complex creates a campus with Morris-Butler House, the first structure restored by Indiana Landmarks after its founding in 1960. Along with serving as headquarters for the statewide preservation organization, the historic buildings serve as impressive rental venues.

Indiana Landmarks Center campus is located in the Old Northside neighborhood of Indianapolis, a district listed in the National Register of Historic Places.

« Portrait of Daisy
Daisy by the River »
Loading Comments...
X