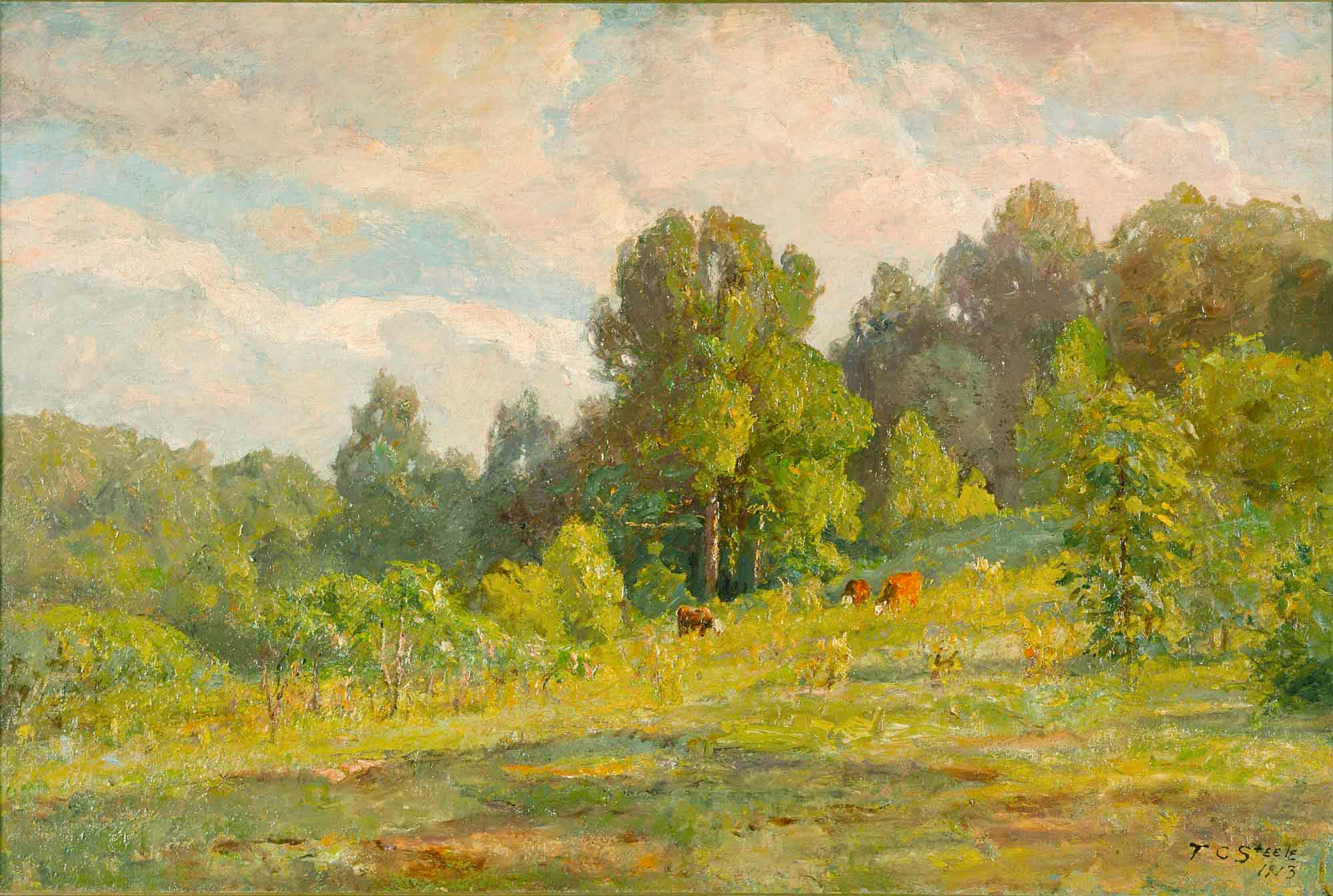 The painting was also previously owned by the artist’s son Rembrandt “Brandt” Theodore Steele, who received it from his father when he died. LACMA does not have a record of when the painting passed from Brandt Steele to the Neubachers, but it was sometime before 1982, since that’s when it was gifted to LACMA.

“This painting expresses the simple beauty of the hills and fields of Indiana while applying impressionist techniques toward the development of a distinctly American school of art”.1

The Los Angeles County Museum of Art (LACMA) was established in 1961 and is located on Wilshire Boulevard across from the La Brea Tar Pits in a stretch known as Museum Row. Located on twenty acres in the Miracle Mile area of Los Angeles, LACMA is the largest art museum in the western United States. LACMA has become a center for culture and artistic activity in the entertainment capital of the world and attracts more than 1.2  million visitors annually.

David & Lynne Steele visited LACMA on April 28, 2014 and received a private viewing of “Sunlight Late Summer”, which is not on display.